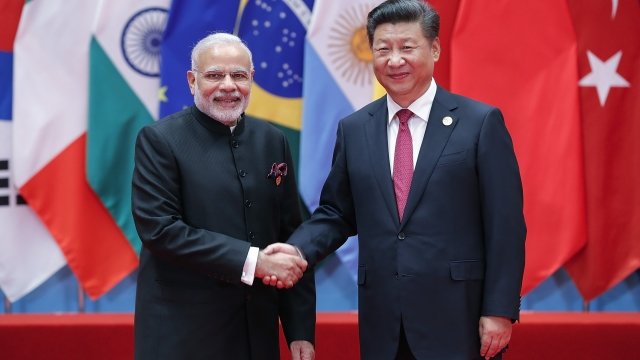 The leaders of China and India have agreed to work more closely on trade and communicate better to avoid military skirmishes.

Chinese President Xi Jinping welcomed Indian Prime Minister Narendra Modi for an unofficial meeting. The two nations have struggled to cooperate in the past. Last year, the two nations' militaries clashed briefly in the Himalayas, an area both China and India claim.

The two leaders agreed to take steps to "prevent incidents in border regions." Xi and Modi also agreed to "push forward bilateral trade and investment." India has been reluctant to sign on to Xi's signature Belt and Road Initiative, a massive trade network that spans from Europe and the Middle East to China and Indonesia. But it also cuts through Pakistan-controlled Kashmir, territory India also claims.

The push for increased trade among the two most populous countries in the world comes at a time when President Donald Trump has threatened a trade war with China.