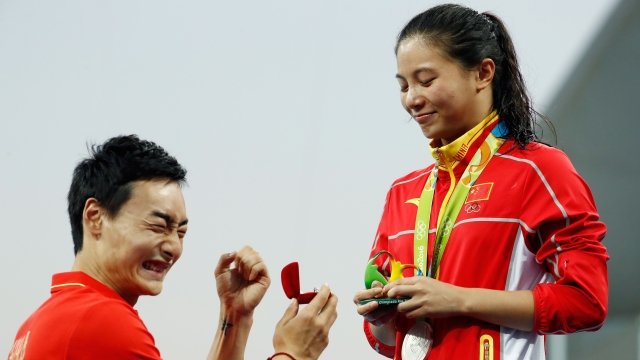 The 2016 Rio Olympics are full of medals, new world records and apparently, proposals.

Just after receiving her silver medal in women's 3-meter springboard diving, He Zi got a surprise. Boyfriend and fellow Chinese Olympic diver Qin Kai proposed poolside, and she said yes.

Zi told reporters the couple has been together for six years. "He said a lot of things there at the podium. He made a lot of promises, but the thing that has touched me the most is that I think this is the guy I can trust for the rest of my life," she said.

Kai will return home to China with more than a new fiancee. He too won an Olympic medal — the bronze in men's synchronized 3-meter springboard diving.