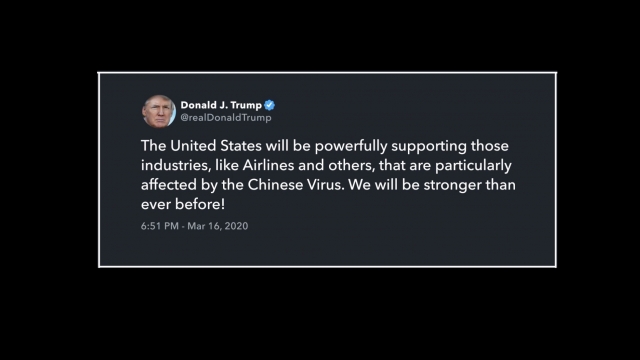 A year into the pandemic, anti-Asian discrimination on social media is still shaping real world speech. A recent study of Twitter data found a dramatic increase in the use of the hashtag #chinesevirus, along with anti-Asian rhetoric, in the days after then-President Trump first tweeted it.

Hswen analyzed Twitter data a week before and after Trump first tweeted that hashtag. Tweets containing the #chinesevirus hashtag were more likely to include another racist hashtag than tweets that used #covid19. She says that hashtag -- along with Trump's influence and reach -- concerned her because the WHO specifically advises against naming new diseases for specific places or groups of people. It says those names are stigmatizing.

"Hashtags are very much linked to real-world hate crimes because they are a way of aggregating and joining people who have similar interests and they're easy to find. … It's a tag to say these are my feelings and sentiments towards a particular group or particular topic," Hswen said.

Social media companies have been non-committal when it comes to removing these hashtags.

"Why do you still allow these hashtags on your platforms?" asked Rep. Doris Matsui.

"It’s useful to remember that a lot of these hashtags do contain counterspeech, and people on the other side of it do own them and show why this is so terrible and why it needs to stop," said Jack Dorsey, CEO of Twitter.

"We need to be clear about when someone is saying something because they’re using it in a hateful way versus when they’re denouncing it," said Facebook's CEO, Mark Zuckerberg.