China To Impose Retaliatory Tariffs On $16B In US Goods 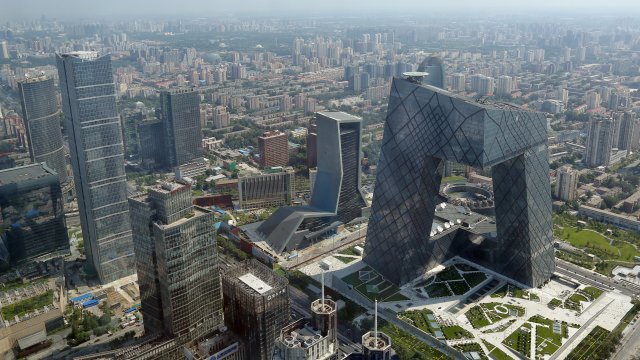 SMS
China To Impose Retaliatory Tariffs On $16B In US Goods
By Gabrielle Ware
By Gabrielle Ware
August 8, 2018
The tariffs will go into effect Aug. 23, immediately after U.S. tariffs are set to kick in.
SHOW TRANSCRIPT

China is imposing a 25 percent retaliatory tariff on $16 billion worth of U.S. goods. The tariffs will go into effect Aug. 23, right after U.S. tariffs on Chinese goods in the same amount kick in.

The Trump administration imposed $34 billion worth of tariffs on China that went into effect last month. China also responded to those by imposing an equal amount on the U.S.

The U.S. has already targeted hundreds of items, including auto parts and medical devices. China's current tariffs include, but aren't limited to, agricultural items and electronics.

Bejing is calling the tit-for-tat the "biggest trade war in economic history." And at least one American company is feeling the heat from it.

Element Electronics, a South Carolina company, said it's laying off 126 people, or most of its staff, and potentially closing down. The Trump administration tariffs on Chinese goods include parts the company says it needs to make its TVs.