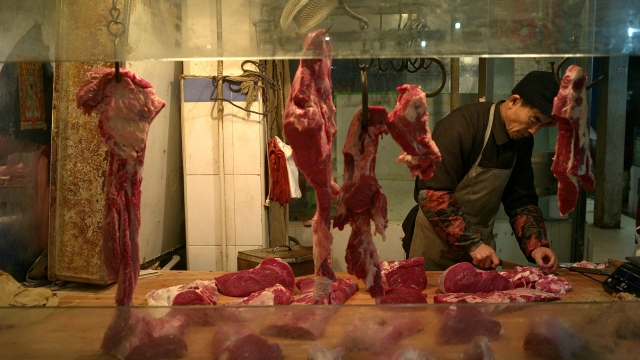 China will lower import tariffs on hundreds of products next week in an effort to boost imports amid a slowing economy.

China's finance ministry announced Monday the country will lower tariffs on more than 850 items starting Jan. 1. The ministry said many of the imports are "daily consumer goods that are relatively scarce in the country," including non-frozen orange juice, some pharmaceutical products, and frozen pork. China has been hit especially hard by a shortage of pork, as an outbreak of African swine fever has led to the deaths of over 1 million pigs in the country.

The announcement comes on the heels of a "phase one" trade agreement between China and the U.S. During a speech on Saturday, President Donald Trump said his administration "just achieved a breakthrough on the trade deal and ... will be signing it very shortly." Details on the deal have yet to be revealed, but will hopefully bring an end to the 18-month-long tit-for-tat trade war between the two.