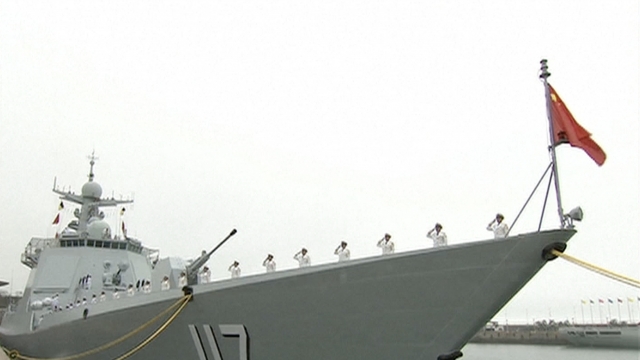 China showed off its new military force at a naval parade Tuesday.

The celebration marked the 70th anniversary of the creation of the People's Liberation Army Navy. China flaunted new warships like nuclear submarines and the first of its new generation of guided missile destroyers.

As Newsy has previously reported, one of the reasons countries throw military parades is to showcase their military might — without having to blow anything up.

President Xi Jinping has a goal to turn the country's navy into a "world-class force" under the leadership of the Chinese Communist Party.

China has been developing equipment like stealth jets and aircraft carriers. The country's first-ever domestically built aircraft carrier is currently undergoing sea trials. It wasn't shown off at the military parade.