China Retaliates Again In Trade War With US 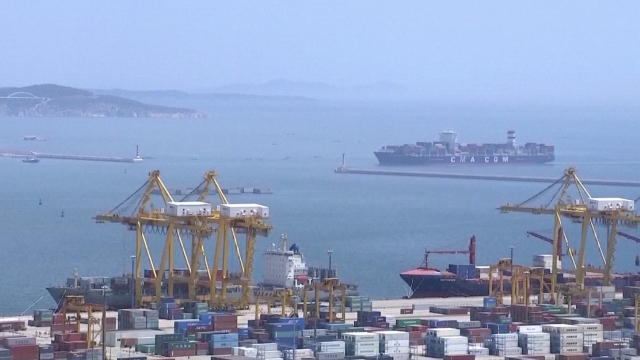 China announced another batch of retaliatory tariffs for the U.S.

On Monday, the Chinese Ministry of Finance said the country will tax over 5,000 goods coming from the U.S. Those tariffs will go into effect on June 1 and they'll range from 5% to 25%.

The list of goods targets $60 billion worth of American products, including fabrics, clothing, plastics and medical equipment. One of the biggest targets is the U.S. agriculture industry. Many of the items that will be hit with the 25% tariff are foods, like olive oil, orange juice and sugar.

China's action is in response to the Trump administration increasing tariffs to 25% on $200 billion worth of Chinese goods.

Trade negotiations between the two countries have stalled. President Donald Trump tweeted Monday morning that a new trade deal was almost completed, but China backed out. It's unclear when the two sides will meet again to continue the negotiations.