China's President Is Calling For Restraint In Dealing With North Korea 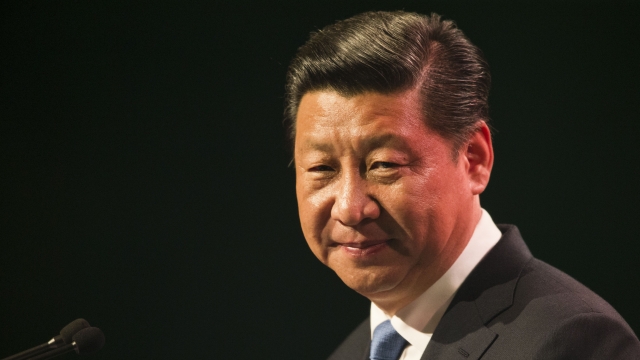 SMS
China's President Is Calling For Restraint In Dealing With North Korea
By Briana Koeneman
By Briana Koeneman
April 24, 2017
President Xi Jinping said he hopes all sides will "refrain from taking any action that will aggravate tensions on the Peninsula."
SHOW TRANSCRIPT

China's president is calling for restraint when it comes to dealing with North Korea.

During a phone call with Donald Trump on Monday, President Xi Jinping said he opposes any actions that violate the United Nations Security Council resolutions.

As The New York Times notes, that's most likely a reference to the council's decision to punish North Korea for its missile program and nuclear weapons tests.

Xi was also quoted by Chinese media as saying he hopes all sides "will exercise restraint and refrain from taking any action that will aggravate tensions on the Peninsula."

The Trump administration has repeatedly warned that when it comes to North Korea, all options are on the table, including military action. 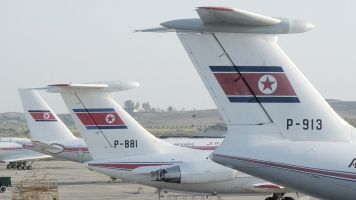 North Korea Has Reportedly Detained Another US Citizen

"Let me be very clear: The policy of strategic patience has ended," U.S. Secretary of State Rex Tillerson said.

Monitoring service 38 North analyzed recent satellite images of a North Korean test site. The group says the area appears to be "primed and ready" to carry out what would be the country's sixth nuclear test since 2006.

And South Korean officials say the North might decide to carry out that test around the anniversary of the founding of its military. That anniversary is Tuesday.