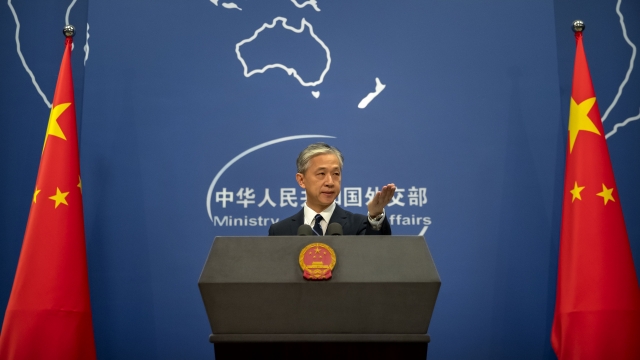 SMS
China Orders Closure Of U.S. Consulate In Western City Of Chengdu
By LeeAnne Lowry
By LeeAnne Lowry
July 25, 2020
It's an apparent retaliation for Washington's closure of a Chinese consulate.
SHOW TRANSCRIPT

China has ordered the closure of the U.S.'s consulate in the western city of Chengdu.

China's foreign ministry said in a statement Friday: “The measure taken by China is a legitimate and necessary response to the unjustified act by the United States."

It's a new level of diplomatic conflict between the U.S. and China, an apparent retaliation for Washington's closure of the Chinese consulate in Houston. The U.S. alleges espionage and theft of medical and other research. Firefighters were seen outside the consulate Tuesday evening after witnesses said they spotted employees burning documents in the courtyard.

A Chinese Foreign Ministry spokesman described the move as "political provocation," saying it violated international law and is "intentional sabotage to bilateral relations."

One expert told CNN the loss of the U.S. consulate in Chengdu "would limit Washington's avenues for communications with Beijing, as well as outsiders' ability to monitor and report on what is happening inside China."