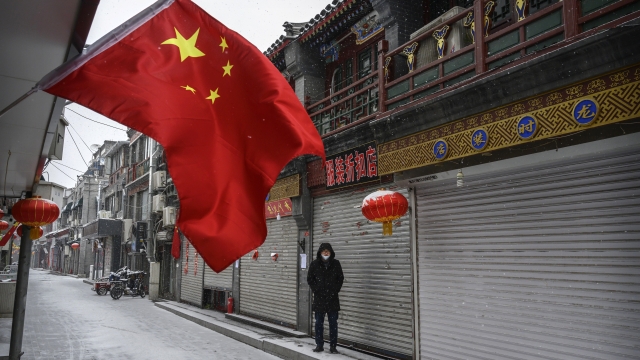 SMS
China May Postpone Annual Legislative Meeting Over Coronavirus
By Stephanie Sandoval
By Stephanie Sandoval
February 17, 2020
The Two Sessions brings thousands of delegates to Beijing for 10 days. But Chinese officials say they may do better to focus on the outbreak instead.
SHOW TRANSCRIPT

China is thinking about delaying a major political meeting in March because of the deadly coronavirus outbreak, according to Chinese state media.

The annual legislative meeting, known as the Two Sessions, brings thousands of delegates from the country's legislature and legislative advisory body together in Beijing for 10 days. It's considered the most important political meeting of the year.

The meeting is currently scheduled for March 5. The Standing Committee of the National People's Congress is supposed to meet in Beijing next week to decide whether the session should be pushed back, among other things. If it gets postponed, it would be the first time in more than 20 years that the session wouldn't be held in the first week of March.

A spokesman for the Standing Committee said officials believe postponing the session will let them focus on combating the epidemic. State media report many of the NPC delegates are fighting on the outbreak's "front line."

The coronavirus outbreak is believed to have started in Wuhan, China. It has killed more than 1,700 people, nearly all of them in China, and sickened more than 70,000 people.