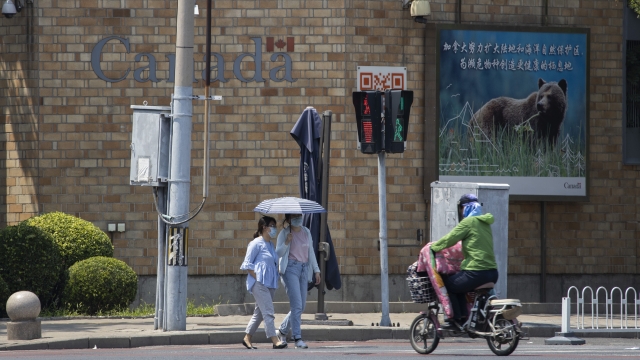 The charges against Michael Kovrig and Michael Spavor were announced Friday. China's foreign ministry spokesperson offered few details. He said the two are being prosecuted for "secretly gathering state secrets for overseas forces" and that "the facts are clear and the evidence is sufficient."

Canadian Prime Minister Justin Trudeau said he was "very disappointed" with the charges. He vowed that his country will "continue to advocate for their release."

"This is an important issue that we will keep working on, not just directly with the Chinese government, but alongside our allies and friends around the world who are equally concerned with this arbitrary detention," Trudeau said.

The two men have been detained for 18 months while China denies any correlation between them and the Meng case. China last year sentenced two other Canadians to death in unrelated drug trafficking cases. It also stopped importing canola from Canada - while also saying those moves are unrelated to Canada's prosecution of the Huawei executive.

Additional reporting from Ken Moritsugu of the Associated Press.