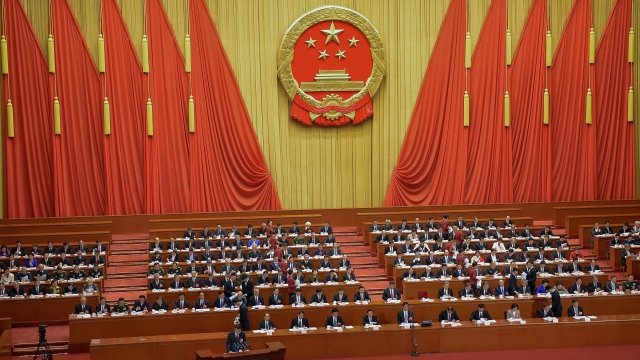 China has officially eliminated presidential term limits, essentially allowing President Xi Jinping to stay in power for the rest of his life.

The changes to the constitution were passed by China's National People's Congress on Sunday. The vote was largely ceremonial, since only two delegates reportedly voted against the change and three abstained out of almost 3,000 delegates.

Since the 1990s, Chinese presidents have only been able to serve two five-year terms, and Xi was expected to step down in 2023.

Even before Sunday's vote, it seemed likely Xi would stick around after the end of his term — for starters, he hadn't named a successor. He's also head of both the Communist Party and the military, and those positions don't have term limits. He's been called the "most powerful Chinese leader since Mao Zedong."