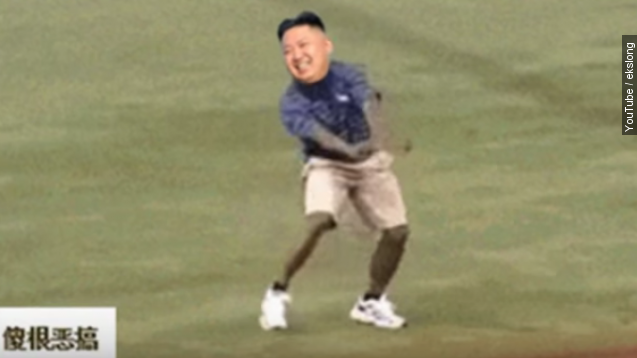 These are the Kim Jong-un memes China doesn't want you to see.

Photoshopping North Korea's supremely meme-able supreme leader has become something of a national pastime in China where he's been dubbed "Little Fatty" and "Fatty the Third."

A reference to his father and grandfather as well as his apparent weakness for Wisconsin cheddar. (Video via KCNA)

Now, state-run Chinese news outlet the Global Times is calling on the country's Internet users to stop mocking Kim online, as it "[does] not represent the collective sentiments of the Chinese people."

China is North Korea's only major ally, but relations have been more strained since Kim took control in 2012. (Video via KCNA)

Thanks to a series of nuclear tests and Kim's decision to execute his Beijing-friendly uncle.

But in a sign China's looking to improve the relationship, Beijing sent one of its most senior officials to North Korea's big military parade. This, just before its meme-crackdown. (Video via RT)

Fortunately for us, the aforementioned memes are still available here for your viewing pleasure.