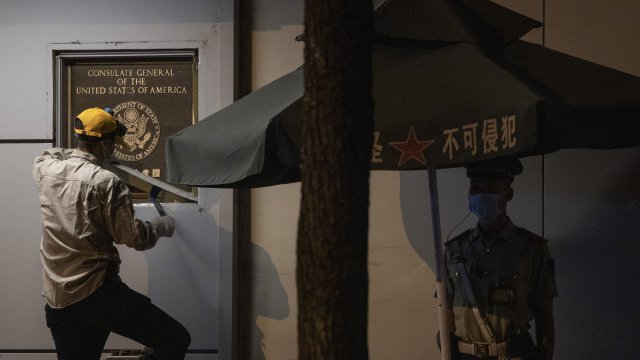 The U.S. consulate in the western Chinese city of Chengdu is officially closed as tensions with China rise.

Beijing ordered its closure Friday in retaliation for Washington shutting the Chinese consulate in Houston, which the U.S. claimed was a hub of spy activity. China then seized the U.S. building early Monday morning and lowered the American flag.

The U.S. mission in China posted a video on Twitter bidding farewell to the consulate saying, "We will miss you forever." The consulate was opened in 1985 by then-Vice President George Bush and was considered strategic in monitoring Tibet.

The U.S. State Department said in a statement, "We are disappointed by the Chinese Communist Party’s decision and will strive to continue our outreach to the people in this important region through our other posts in China."

Last week, the U.S. gave China 72 hours to close the Houston consulate claiming allegations of espionage and theft of medical and other research. Witnesses said they spotted employees burning documents in the courtyard.