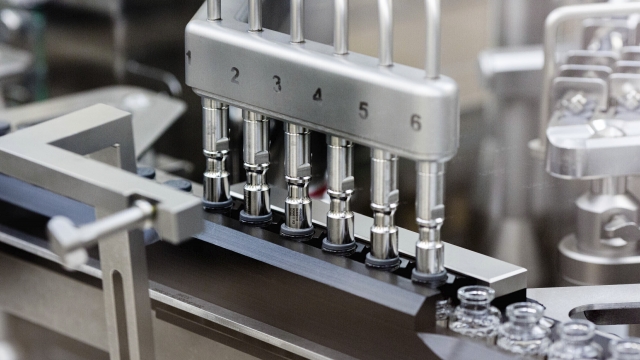 In the coronavirus era, it’s a modern-day arms race. The FBI and Department of Homeland Security warn that China is trying to steal U.S. research on vaccines, treatment, and testing.

"This type of targeting of medical information, things like that, is stuff that we've seen cyberespionage actors do for years. It's just that this focus now is very high profile," says Ben Read, a senior manager of cyberespionage analysis at cybersecurity firm FireEye.

The company says the Chinese state’s covid-focused cyberespionage started weeks ago, with spear phishing operations and the exploitation of vulnerabilities online.

The FBI told Newsy it’s investigating both state and non-state actors exploiting the pandemic, and that the agency is working with pharmaceutical companies and research institutions to help protect their systems.

China’s foreign ministry spokesperson denied the accusations, saying the country is “a staunch upholder of cyber security,” being targeted with “rumors and slanders in the absence of any evidence.” The country also promised to share a vaccine with the world.

"There's a weird confluence of geopolitics, economics, and public health that's really coming to a head in this crisis," says Lindsay Gorman, emerging technologies fellow at the Alliance for Securing Democracy.

China has a long history of siphoning U.S. intellectual property, from pharmaceuticals to electronics. And President Donald Trump, who blames China for the global health crisis, hasn’t hesitated to cite it.

"There are a variety of reports that Chinese hackers are attempting to steal technology related to vaccine research. Is this something you're concerned about?" A reporter at a White House press briefing asking the president. "What can you say?"

"So what else is new with China?" The president replied.

"The strategy of using intellectual property to develop an industry and seed an industry is a way of getting around massive expenditures in research and development that countries like the United States have invested in their economies and their technology sectors," says Gorman.

"There will be Chinese actors, whether as a company or a government agency, coming up to them and say, well, why don't you all sell your asset to a Chinese partner or do a joint venture with that Chinese partner, transfer that technical asset to your joint venture partner? In return, your product will be allowed into the government procurement market or you will be on board a major government contract," says Xiaomeng Lu, a senior policy manager at Access Partnership.

American universities are also prime targets for China’s spying, according to the U.S. intelligence community and lawmakers. A slew of students, researchers, and teachers stand either accused or convicted. The latest, a University of Arkansas professor, who was arrested for allegedly failing to disclose his ties to the Chinese government and businesses.

But China isn’t alone in its new priorities. Cybersecurity companies say hackers in Vietnam targeted China’s Ministry of Emergency Management and the government of Wuhan, where the outbreak started. Iranian actors attacked Gilead Sciences, a pharmaceutical company behind the hyped-up antiviral drug Remdesivir.

"We expect to see continued cyber espionage really all around the world," says Read. "Countries are hungry for information on this topic and they're going to use everything at their disposal to try to get that information."