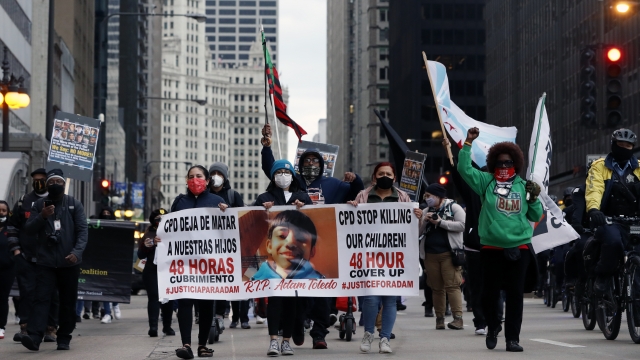 Chicago police are expected to release body camera footage today of the shooting of a 13-year-old boy.

Adam Toledo was shot and killed late last month after police chased him into an alley. Police say he had a gun.

Toledo's family got to see the video earlier this week. They asked Chicago police to hold off on releasing it to the public, saying they needed time to grieve.

The officer has been placed on administrative leave. That person has not been identified.