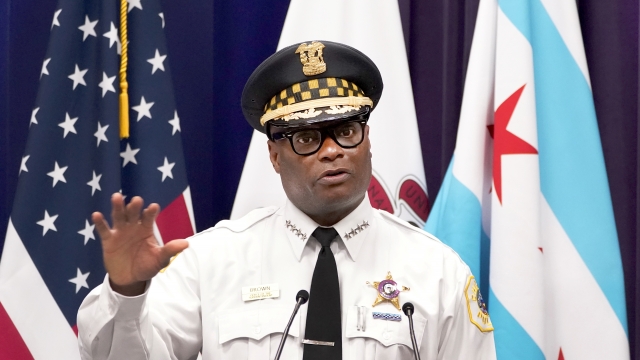 The Chicago Police Department has begun placing officers on unpaid leave for not reporting their vaccination status.

The head of the police union called on members to defy the city’s Oct. 15 deadline for reporting their COVID-19 vaccination status and more than a third of the force failed to report their status by that deadline.

Officers got one more chance to report their vaccination status Monday and according to Mayor Lori Lightfoot, a "very small number" declined and were sent home.

Police departments around the U.S. that are requiring officers to get vaccinated against COVID-19 are running up against pockets of resistance that some fear could leave law enforcement shorthanded and undermine public safety.

Police unions and officers are pushing back by filing lawsuits to block the mandates.

Meanwhile, the Chicago police superintendent threated to fire officers who don't comply with the policy. According to a nonprofit group that tracks officer deaths, the leading cause of death for law enforcement officers in the U.S. is COVID-19. No national statistics show the vaccination rate for America’s first responders, but individual police and fire departments across the country have reported figures far below the national rate of 77% for adults who have had at least one dose.