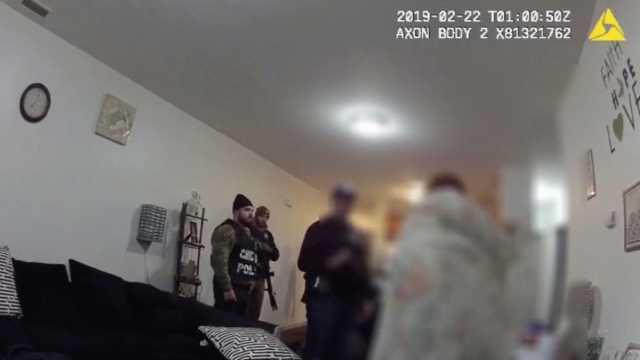 Body camera footage shows officers breaking down the door to the woman's house then handcuffing her while she was naked.

Chicago Mayor Lori Lightfoot says all the police officers involved in a raid that wrongly targeted a social worker last year have been placed on desk duty.

Body camera footage shows officers breaking down the door to the woman's house then handcuffing her while she was naked.

The mayor's administration attempted to block the videos from being aired on a local TV station.

Lightfoot has since apologized to the woman.