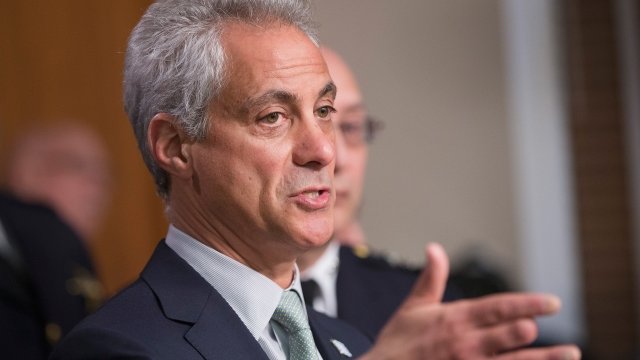 Emanuel made the unexpected announcement at a last-minute press conference on Tuesday.

The Chicago native has been in the mayor's office since 2011.

"This has been the job of a lifetime, but it is not a job for a lifetime," Emanuel said during the conference.

There are already multiple people vying to replace him, including the former Chicago police superintendent Emanuel fired after a controversial police shooting.

Emanuel didn't take questions at the end of the short statement.