Teen Organizers: Chicago March For Our Lives Is A 'Litmus Test' 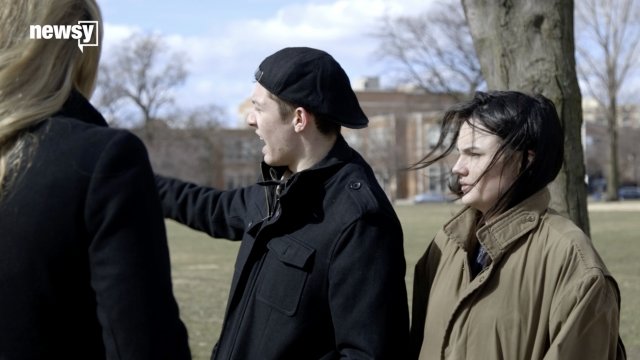 Student organizers of the Chicago March for Our Lives say they want lawmakers to know that young voters will "put your feet to the fire."

Thousands of people rallied for the March for Our Lives in Chicago. Two student organizers of the event said they hope the march sent a message to lawmakers.

"This is a litmus test for lawmakers in November on a state and federal level," said University of Chicago student Marley Rosario, 19, of Chicago's March for Our Lives. "And even on the city level in 2019. To make sure that they are going to be held accountable. We're going to get students across the city, across the state of Illinois registered to vote, in masses, to go and show that we will not continue to be victims of gun violence."

Devan is up before the sun to host and produce Newsy's "The Day Ahead." She is an award-winning journalist, movie and TV buff, and Philly sports fan. Devan worked in the entertainment industry in Los Angeles and New York before deciding to leave screenplays for broadcast copy. She received her master's degree in journalism & public affairs from American University in Washington D.C., and hasn't stopped going Live since. Devan is happy to swap her hometown Philly cheesesteaks for Chicago deep-dish and loves calling the Windy City home. For news with a dash of humor, occasional Game of Thrones theories, and funny GIFs, follow Devan on Twitter @DevanKaneyTV. @DevanKaneyTV