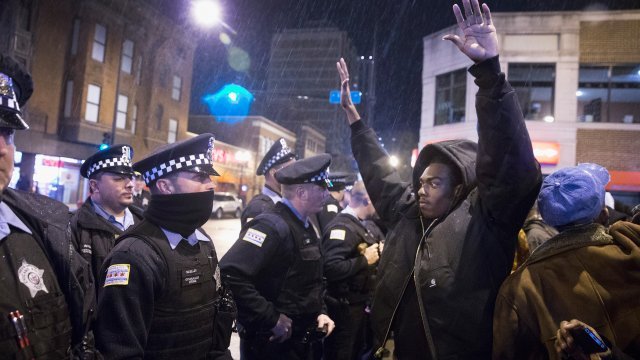 By Gabrielle Ware
September 13, 2018
The department has been attempting change at least since the fatal shooting of Laquan McDonald in 2014.
SHOW TRANSCRIPT

Mayor Rahm Emanuel, along with the state's attorney general and police superintendent, submitted a proposed consent decree. The decree would govern the police force, which has struggled with accusations of inappropriate conduct.

It's been attempting change at least since at least October 2014. That's when Chicago officer Jason Van Dyke, who is white, fatally shot 17-year-old Laquan McDonald, who was black, 16 times.  Jury selection just wrapped up in Van Dyke's upcoming murder trial.

Emanuel said at a press conference, "This agreement builds on reforms that we have already made," and "It creates and enforceable, durable and sustainable framework for systemic changes in the Chicago Police Department.”

Some of the changes include training, discipline and supervision. Emanuel said the department is also working toward supporting officers' mental well being, one day after an officer committed suicide.

A federal judge still needs to approve the agreement, and would oversee implementing the decree if it's approved.