Chicago And Its Police Union Disagree On Department Reforms 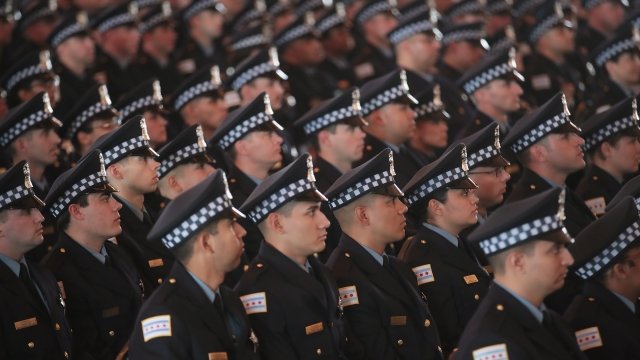 SMS
Chicago And Its Police Union Disagree On Department Reforms
By Ethan Weston
By Ethan Weston
July 29, 2018
The proposed reforms would change a number of things, including requiring officers to issue verbal warnings before using force.
SHOW TRANSCRIPT

Chicago has a plan for police reform, but the city's police union isn't happy with it.

The city's police superintendent, Illinois' attorney general and Mayor Rahm Emanuel released the plan Friday. It includes proposals that would require police to issue verbal warnings before using force, to provide life saving support after the use of force and to issue reports on use-of-force incidents every month.

But Chicago's police union president says the proposed plan is "politically motivated" and "illegal and invalid." NBC News reports the union's worried the reforms would make it harder for officers to do their job and could even make them hesitant to draw their weapons when their lives are in danger.

None of the proposed reforms are final. There will be time for the public to comment on the proposals and then a judge will hear arguments from both sides before settling on a final plan.