Chelsea Manning On Whether Governments Can Keep Secrets 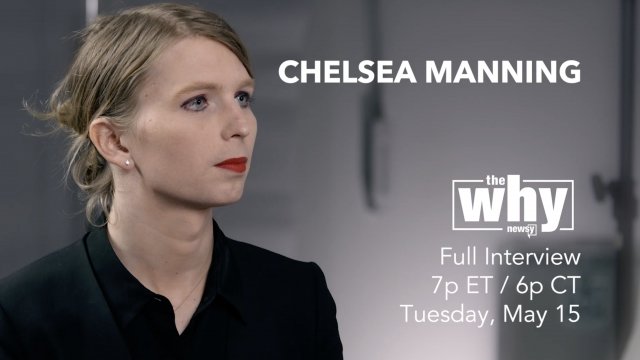 The candidate for U.S. Senate in Maryland appears on "The Why" Tuesday at 7 p.m. ET.

Tuesday night on "The Why," Newsy airs its full interview with Chelsea Manning. The former Army intelligence analyst convicted of leaking classified information to WikiLeaks is now running for U.S. Senate in Maryland.

Bianca Facchinei talks to Manning about her candidacy, the ethics behind government secrets and more.

"The Why" airs Monday through Thursday at 7 p.m. on the Newsy channel. You can find local listings here.