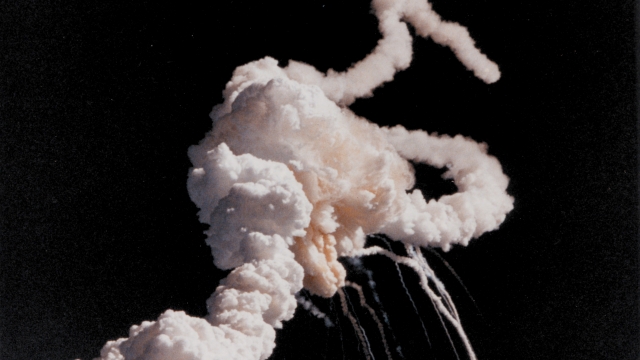 "We have grown used to the idea of space, and perhaps we forget we have only just begun. We are still pioneers. They — the members of the Challenger crew — were pioneers," said President Ronald Reagan.

Thursday marks the 30th anniversary of the Challenger spaceship disaster. Seven astronauts died in the explosion.

"So the 25th space shuttle mission is now on the way after more delays than NASA cares to count. This morning it looked as though they were not going to be able to get off," said a CNN anchor.

The Challenger broke apart 73 seconds into its flight on live television. Some NASA engineers had voiced concerns about the rocket's safety ahead of launch.

An investigation discovered the O-ring seal on Challenger's rocket booster failed. That led to flames from the booster igniting the external fuel tank.

Some NASA workers said the launch continued because of embarrassment from earlier postponements and they wanted President Regan to mention it in his State of the Union address.

It was two years before NASA attempted another mission to space.