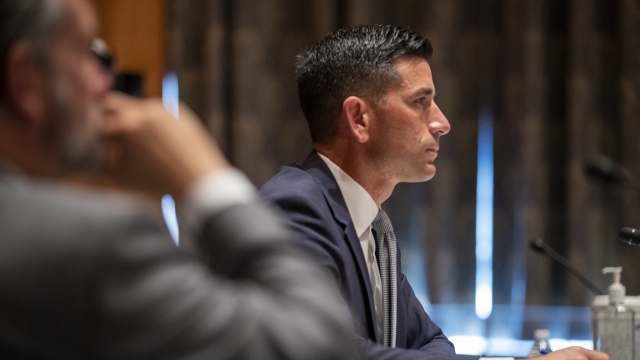 SMS
Chad Wolf: White Supremacists Most Dangerous Internal Threat To U.S.
By Katie Cammarata
By Katie Cammarata
September 24, 2020
A whistleblower said Wolf and department leaders tried to censor information to downplay the threat of Russia and the severity of white supremacy.
SHOW TRANSCRIPT

The acting Secretary of Homeland Security said white supremacists have become the most dangerous internal threat to the U.S.

"White supremacist extremists, from a lethality standpoint over the last two years, particularly when you look at 2018 and 2019, are certainly the most persistent and lethal threat when we talk about domestic violent extremists," said Acting Secretary of Homeland Security Chad Wolf.

Chad Wolf made the comments during his confirmation hearing Wednesday.

Two weeks ago, a DHS whistleblower said Wolf and other department leaders abused their authority and tried to censor information to downplay the threat of Russia and the severity of white supremacy to better align with President Trump's remarks on the issues. Former acting Under Secretary for Intelligence and Analysis Brian Murphy said Wolf told him an "intelligence notification should be 'held' because it 'made the President look bad.'"

A White House spokesperson and a spokesperson for the Department of Homeland Security denied the claims in Murphy's complaint.