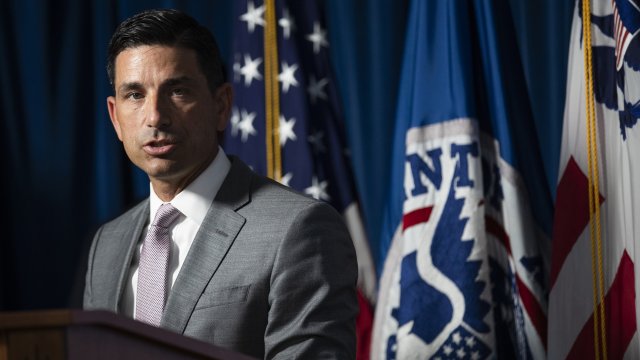 President Donald Trump says he will nominate Chad Wolf to be the permanent Secretary of the Department of Homeland Security. Wolf has been the department's acting secretary since November.

The president made the announcement on Twitter Tuesday, saying, "Chad has done an outstanding job."

It comes just weeks after a government watchdog report found Wolf and his acting deputy secretary, Ken Cuccinelli, were unlawfully appointed since they had not faced Senate confirmation. The report also found Wolf and Cuccinelli are not legally qualified to serve in their current roles because the administration did not follow federal rules in filling leadership vacancies.

Wolf's prospects for Senate confirmation are unclear. There is a narrow window for him to be confirmed before the Nov. 3 election since the Senate is away until Labor Day and then scheduled to recess in mid-October.

Correction: A previous version of this story incorrectly said the president had nominated Chad Wolf. This story has been updated.