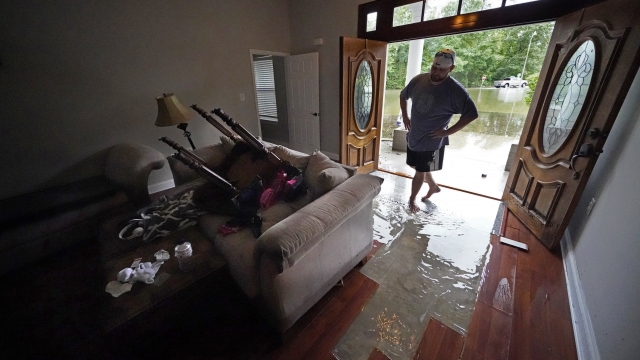 SMS
Central Gulf Coast Residents Drying Out After Tropical Storm Claudette
By Meg Hilling
By Meg Hilling
June 19, 2021
The storm is expected to move toward the North Carolina coast over the weekend.
SHOW TRANSCRIPT

“Oh my god this is everywhere! Look at this flooring,” Ashley James, a resident of Slidell, Louisiana said.

Residents along the U.S. Gulf Coast are trying to dry out after tropical storm Claudette brought heavy flooding into homes and businesses Saturday.

Around the region residents are sharing videos and posting photos of submerged roads, yards and even living rooms.

The National Weather Service warned residents to be on alert for “heavy rainfall and life-threatening flash flooding across coastal Mississippi, Alabama and the western Florida Panhandle." The Associated Press reported that dozens of homes near the Alabama-Florida border sustained heavy damage.

The storm is expected to move northeast towards the North Carolina coast over the weekend.