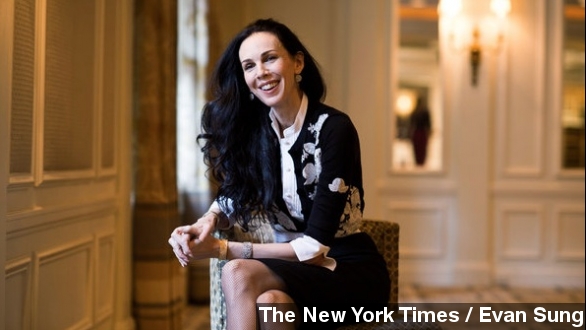 Scott was also the longtime girlfriend of Rolling Stones frontman Mick Jagger. A spokesperson for Jagger told ABC the singer is "completely shocked and devastated by the news."

Scott's designs had been worn by celebrities such as Nicole Kidman, Angelina Jolie and Penelope Cruz. Many reacted on Twitter.

Actress Emmy Rossum called her a "beautiful woman and an incredible designer." (Via Twitter / @emmyrossum)

And Nina Garcia, creative director at Marie Claire and a judge on "Project Runway," wrote: "Saddened over the loss of the very talented, generous and always gracious L'Wren Scott. You will be missed." (Via Twitter / @ninagarcia)

News of Scott's death was so sudden, it seems some at her own label weren't aware of it until after much of the public. Tweets from her Twitter account and posts to her Facebook page seemingly went up after her death.

Scott was found dead of an apparent suicide in her apartment Monday morning.