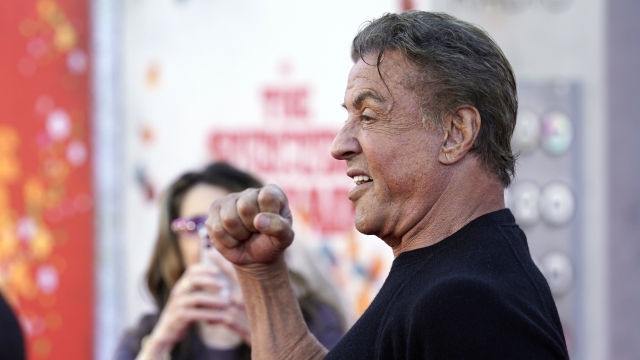 The super-rich are way overspending their water allocations amid dire warnings about water use and restrictions on watering outside, and some of the biggest names in Hollywood are some of the worst offenders, according to the Los Angeles Times.

As water reserves dry up across the West, southern Californians are allowed to water outside only twice a week. Also, massive properties in the wealthy enclaves of Hidden Hills and Calabasas — near Los Angeles — have water allowances.

But documents the LA Times obtained show names like Dwayne Wade, Sylvester Stallone, Kevin Hart and Kim Kardashian smashing those limits, ending up with warnings from the utility.

Now the Las Virgenes Water District could put "flow meters" on their water lines to track their use and effectively shut off outdoor watering when they reach their limit.

It comes as states across the West try to curb water use, while Arizona takes the biggest hit with a federal government-imposed 21% cut to its water allowance. It's a concern for the state's leaders, who are worried about its agricultural output.

"If Yuma County doesn't have the water it needs to grow produce, then that means that those products are gonna be more expensive across the country," said Arizona Democratic Sen. Mark Kelly.

In California, basketball star Dwyane Wade and his wife Gabrielle Union told the Times they have been working to fix leaks in their pool and transition to drought resistant landscaping. They went over their limit by 90,000 gallons, which is more than 1,400% of their allowance.

Sylvester Stallone and his wife Jennifer Flavin went 230,000 gallons over their limit, using more than 533% of the allowance. Stallone's lawyer told the LA Times the actor needs to water more than 500 trees on his property, and he has allowed some grass to die.

Newsy reached out to representatives for Hart and Kardashian but didn't get a response.

"Across the west, across the nation, we need to have a conversation about how we're pricing water and how we're using water, especially for aesthetic purposes," said Kyle Roerink, executive director of the Great Basin Water Network.

The water district acknowledges many landscapes in the ritzy neighborhood aren't built for drought and can't survive under the restrictions in place.

A spokesperson said it takes time to adapt entire properties to drought-resistence, but it still has to be done.

In Colorado, cities are turning grasses over to more drought-tolerant varieties.

"The reason it doesn't need any irrigation is because once the roots are established they grow deep enough that they pull water up from underneath," said Luc Hatlestad, public information officer of Arapahoe County, Colorado.

"There's a lot of need right now to save water for the Colorado River," said Austin Krcmarik, water efficiency lead of Denver Water. "We really need to figure out new strategies outside of what we've traditionally done on how we can play our part of making the landscapes work for us and save water."

It's an example to Las Vegas, where golf courses and casinos are apparently struggling to keep their water use down as resorts fill up again after the 2020 shutdown.

"They have removed approximately 900 acres of grass from their courses that has helped them to better manage their water resources," said Bronson Mack, public information officer of the Las Vegas Valley water district.

The dwindling water supply out west is pressuring the rich to turn down the flow and deal with the consequences.

"We have got to be in a position to use a significant amount of water less than we've used in the past," said Gene Shawcroft, Colorado River commissioner of Utah. "We simply cannot continue where we are."