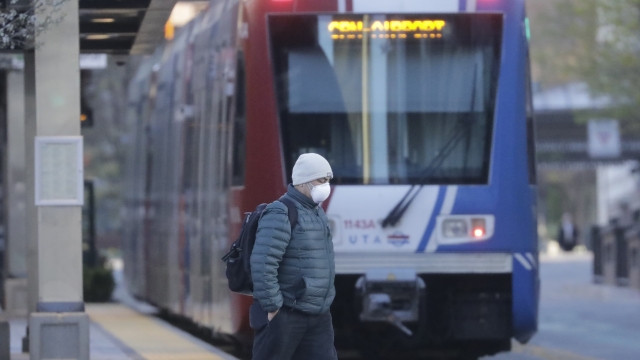 SMS
CDC To Count 'Probable' Cases Of COVID-19
By Adam Elrashidi
By Adam Elrashidi
April 16, 2020
The CDC will now include "probable" cases of coronavirus infection and death in its count, a change that will likely add thousands to U.S. totals.
SHOW TRANSCRIPT

The CDC has announced it will include both confirmed and "probable" cases of COVID-19 in its count. The change follows guidance from the Council of State and Territorial Epidemiologists and could add thousands to the total number of patients and deaths in the U.S.

Until now, the CDC only counted cases it had confirmed or positive tests by third parties it had yet to confirm. Cases are classified as "probable" when they meet certain clinical criteria without a lab test confirming COVID-19. They can now also be classified as such if there is, for example, presumptive laboratory evidence of the disease.

The change announced by the CDC on Tuesday came the same day the U.S. recorded its highest daily number of deaths from the coronavirus. The spike was reportedly due to new calculations by the New York City Health Department, which is also including probable cases in its tabulation.

New York City officials have said data based only on laboratory-confirmed tests likely fails to account for people who succumbed to the disease at home before they could receive treatment. To date, the CDC has reported more than 24,000 coronavirus deaths in the U.S., although data compiled by Johns Hopkins University puts that figure at more than 31,000.