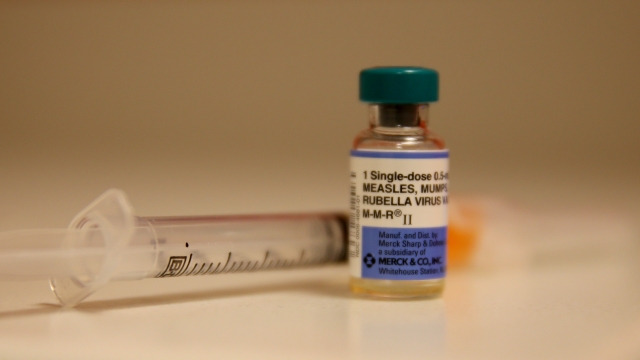 The CDC says 12 states have reported a total of at least 228 measles cases in the U.S. so far this year.

That's getting close to the total number of measles cases confirmed in all of 2018: 372.

In its latest weekly update, the agency said Washington state's outbreak, which was its biggest in decades, has stayed steady at 75 cases. A New York outbreak that started last fall reported an additional 11 cases as of the beginning of March.

The CDC attributes recent outbreaks to travelers who've brought the virus into the U.S. from other countries, like Israel and Ukraine.

But another concern is so-called "anti-vaxx" information circulating on social media. The trend of refusing vaccinations is something health experts say has contributed to a spike in measles cases in the U.S. and Europe. It's also prompted the WHO to name vaccine hesitancy as one of the top 10 threats to global health this year.

Health regulators recommend children be fully immunized against 14 preventable diseases by the time they're 6 years old. That includes the measles, mumps and rubella, or MMR vaccine.