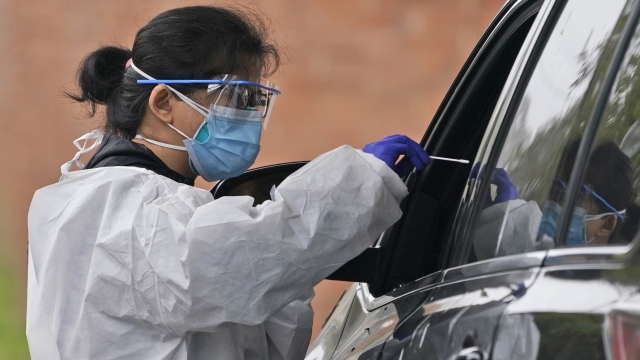 With coronavirus cases and hospitalizations spiking in numerous states, the CDC is warning that even brief, repeated encounters between people can hasten the spread of the disease.

That represents a change in the agency's definition of what it means to be in close contact with someone who has the virus. CDC director Dr. Robert Redford says an update was needed based on new research.

"There is some recent data that has been determined that individuals who had a series of shorter contacts, but over time added up to more than 15 minutes, became infected and clarifying that new science, that new data into our contact recommendations is what you're alluding to. And again it's based on data that one didn't have four months ago."

Originally, the CDC said anyone found to have been in the proximity of an infected person for a sustained duration of 15 minutes or more should quarantine for two weeks. Now that recommendation includes cumulative contacts over a 24-hour-period.