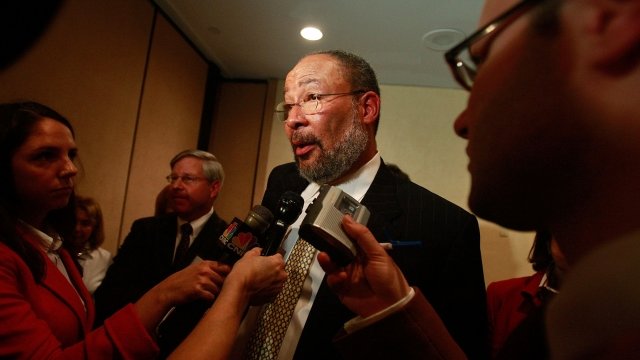 CBS has found another replacement for its former chairman and CEO Les Moonves, who resigned from the company more than two weeks ago.

It announced Tuesday that board member Richard Parsons will now serve as interim chairman of the board of directors.

Prior to coming aboard at CBS, Parsons served as chairman of both Time Warner and Citigroup.

Moonves left CBS on Sept. 9 amid allegations of sexual misconduct. He's admitted to making advances, but said he's never sexually assaulted anyone and has always gone by the principle "that 'no' means 'no.'"

CBS previously announced it's chief operating officer would serve as interim CEO while the board searches for a permanent replacement.