CBP Says Photos Of Travelers Were Exposed In Data Breach 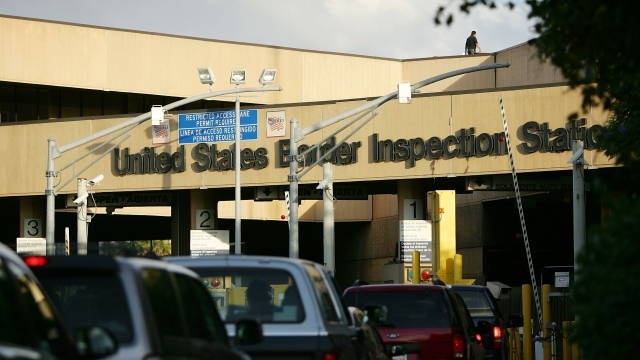 By Katherine Biek
June 11, 2019
The agency said it learned on May 31 that those images were exposed in a "malicious cyberattack" on one of its subcontractors.
SHOW TRANSCRIPT

U.S. Customs and Border Protection says photos of travelers and the license plates on their vehicles were compromised in a security breach.

The agency said it learned on May 31 that those images were exposed in a "malicious cyberattack" on one of its subcontractors.

According to CBP, that unnamed subcontractor wasn't supposed to have copies of the images. But it had previously transferred the photos over to its own company network without the agency's authorization. CBP noted that its own network has not been compromised.

The images were collected of people entering and exiting a single land border crossing over a one-and-a-half-month period. CBP did not specify which border crossing it was or what dates the photos were taken.

In total, the agency says fewer than 100,000 people were impacted by the breach and that no identifying information had been included with the photos.

CBP already alerted congressional lawmakers. It's investigating the breach with the help of law enforcement and cyber-security officials.