Your Cat Probably Loves You. Science Says So. 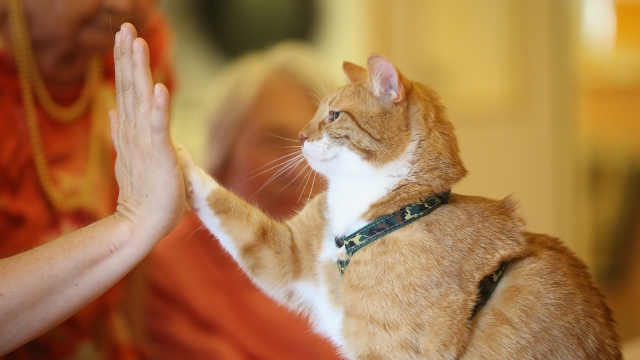 Are you sitting down? You might want to be sitting down for this. OK, ready? Cats tend to prefer the company of people over nearly anything else.

Unbelievable, right? Well, there's scientific evidence to back up that claim. Researchers exposed 38 cats to a wide variety of stimuli including food, toys, interesting smells and humans to see which they preferred. And humans won out, even against food — though food was a close second.

The researchers say the information might be useful in helping reinforce good behavior in cats through conditioning, but they leave it to future studies to see if that's true.

So the next time you feel like a glorified can opener for your feline friend, remember they love you more than the food you're holding. Probably.