Does Trump Want To 'Slash' Health Care To Pay For Tax Cuts? 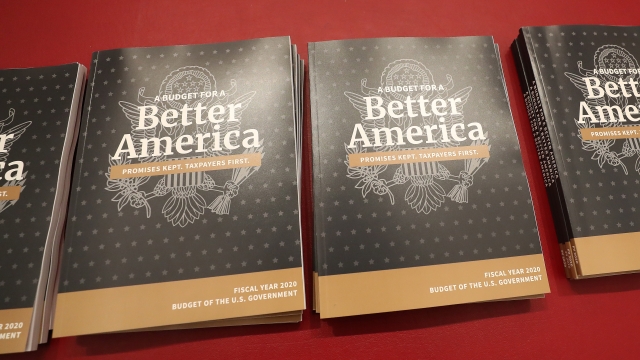 Julián Castro, one of the nearly 20 Democrats with eyes set on the White House, recently took aim at President Trump by highlighting a frequent Democratic talking point: health care.

Castro tweeted that "The #TrumpBudget slashes investments in health care to pay for tax cuts to billionaires."

A lot of Democrats have made similar arguments before. But is Castro's statement a fair assessment of the president's fiscal priorities this year? Yes and no.

The Trump administration's budget proposal for fiscal year 2020 asks for $87.1 billion for the Department of Health and Human Services. That's 12 percent less than the previous year. But whether that qualifies as the "slash" Castro described is a matter of personal opinion.

Castro's tweet doesn't identify any specific health care programs, but it does link to an article from The Washington Post that highlights the budget's proposed impact on Medicare and Medicaid. The Post, like other media outlets and several lawmakers, reported the budget will reduce Medicare spending by $845 billion over the next 10 years. But as the nonpartisan Committee for a Responsible Federal Budget points out, that's not really a fair representation of the proposal. The CRFB says in reality, cuts would more likely fall between $500 billion and $600 billion, and that a majority of those savings would come from reductions in payments to Medicare providers — not a reduction in benefits.

But where Castro's statement really goes awry is tying the health care cuts to tax cuts. The idea that government spending cuts compensate for federal tax cuts makes some sense. But there's no direct link between the Trump administration's Tax Cuts and Jobs Act and the proposed health care cuts, something experts confirmed to our partners at Politifact.

But there's another caveat to consider: The president's budget won't become law as-is. The budget he delivers to Congress each year is more like a giant wish list. Lawmakers ultimately write and pass the country's budget, though it does need the president's signature.