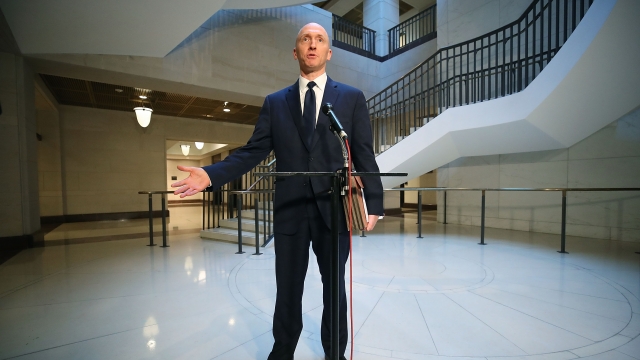 SMS
Fox News: Carter Page Accuses Justice Dept Of 'Orwellian Overreach'
By LeeAnne Lowry
By LeeAnne Lowry
November 30, 2019
The new filing says the original causes of action for the lawsuit stemmed, in part, from the DOJ's leak of information to The New York Times.
SHOW TRANSCRIPT

Page's lawsuit sought early access to the Justice Department's long-awaited watchdog report into the start of the Russia investigation, so Page could have a chance to review it and request amendments.

The watchdog looked into the FBI's process for receiving a secret warrant to monitor Page. The report is expected to conclude the probe was initiated properly, but lower-level employees made a series of mistakes, according to multiple media outlets.

In the new filing, Page says he opposes the DOJ's request for more time to respond to the lawsuit. It says the original causes of action for the lawsuit stemmed, in part, from the DOJ's leak of information related to the report to the New York Times. The filing also mentions that Page has been in negotiations with the Justice Department in an attempt to minimize "further damage to" Page and protect him against "subsequent violations of his rights."

According to Fox News, it's typical for people implicated in Inspector General reports to be allowed to review documents and provide written responses before their release. But that doesn't necessarily apply to Page because the report doesn't investigate him — it investigates the FBI and DOJ.

The report is expected to be released on Dec. 9. If the DOJ doesn't work out a solution by Monday, Page says, he will file an emergency injunction "to help mitigate the impact of further criminal activity."