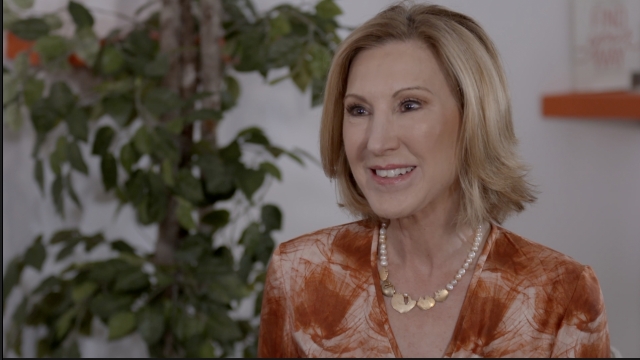 Former Republican presidential candidate Carly Fiorina knows the importance of standing out on a crowded debate stage. She took on 16 other GOP candidates in 2016, and some memorable debate moments helped give her candidacy a temporary boost.

Now, many Democrats running in the packed 2020 primary field find themselves in a similar spot to where Fiorina was. --each hoping to have their own shining moment.

"The way I prepared for those debates I didn't go in saying I have to have a breakout moment. Instead what I would do is be educated about the issues obviously," Fiorina told Newsy. "Secondly I would have some key things that I wanted to convey, things that I thought were important for the nation, or important for people to understand about me, or important distinctions between how I would address a policy and others. And then, after I felt thoroughly prepared. I let all of that go and I was just in the moment. People are surprised to know that I never had a canned line planned."

One of the most famous moments from the GOP debates? Fiorina's response to Donald Trump's remarks about her personal appearance, saying in an interview with Rolling Stone magazine, "Look at that face, would anyone vote for that? Can you imagine that? That face of our next president."

When asked about Trump's comment, Fiorina famously said "I think women all over this country heard very clearly what Mr. Trump said."

"I did not know I was going to say that," she said. "I knew I would be asked to comment in some way about his remarks because it was such huge news at the time but I didn't know exactly what I was going to say although I knew the thought behind whatever I said was what I just expressed to you, 'Your opinion of my appearance is irrelevant. It's inappropriate. It has no place in. This contest and I'm not going to be drawn into that conversation.' How I said it was of the moment."

Fiorina says as the only female GOP candidate in 2016, her appearance was often the subject of more scrutiny than her ideas were. That's something she warned women running in 2020 to be conscious of.

"People would comment after my debate performances not necessarily always on my stand out moments or on my policy prescriptions but wonder what kind of shoes I was wearing or comment on my outfit or comment on my hair. There was there's an incredible amount of commentary that goes on around women about our appearance our style. Are we too tough or are we too soft. And that's different for men and so women have to be aware of that," she said.

Fiorina's debate performances helped earn her a significant spike in the polls, from 3% to 15%, but after disappointing results in the Iowa caucuses and New Hampshire primary, she suspended her campaign. She then briefly joined Sen. Ted Cruz's campaign as his Vice Presidential candidate before the Texas senator ended his run.

But throughout the highs and lows of a campaign, Fiorina says the most important thing a candidate can be is genuine.

Fiorina said, "You are who you are. Be who you are and people will recognize, I think, that authenticity whether they're prepared to vote for you or not."