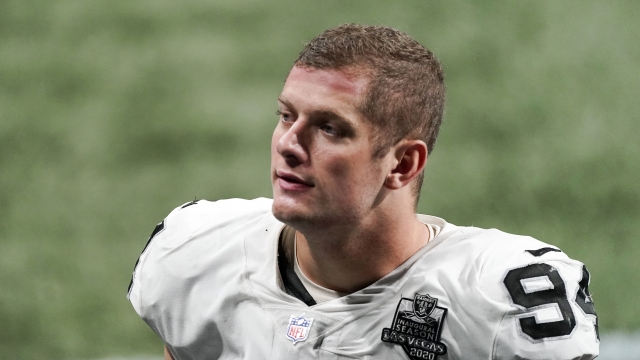 The Las Vegas Raiders defensive lineman made the announcement in a video on Instagram Monday, saying he's been meaning to share the news for a while, but he finally felt comfortable getting it off his chest.

"I just think that representation and visibility are so important. I actually hope that one day, videos like this and the whole coming out process are not necessary, but until then I will do my best and my part to cultivate a culture that’s accepting and compassionate and I’m going to start by donating $100,000 to the Trevor Project."

The Trevor Project is a nonprofit organization that seeks to prevent suicide in the LGBTQ youth community.

Nassib also shared in his post that the NFL, his coaches and his fellow players have supported him, respected him and accepted him.