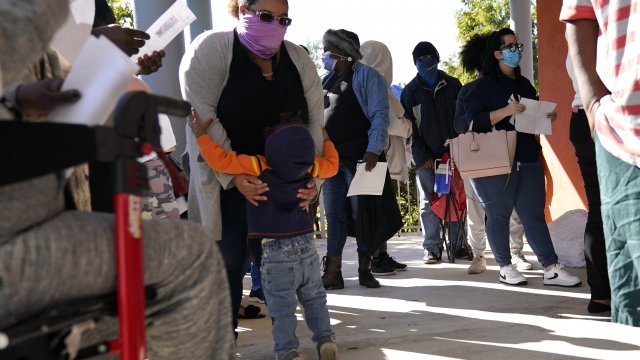 Over 13 million Americans will lose federal benefits at the end of the year if Congress doesn’t act.

Over 13 million. That’s how many Americans will lose federal benefits at the end of the year if Congress doesn’t act. That’s especially true for gig workers, millions of whom will be kicked off unemployment all at once.

"There’s going to be a huge flood of supply, in combination with a huge retraction of demand all at the same time," said Jos Cashon.

Jos was a rideshare driver in Los Angeles until March. She went on unemployment, due to a medical condition that makes her at-risk for COVID-19. She never went back to that job.

"I’m still not really at a point where I want to do other jobs where I have to go in person and interact with the public," Cashon said.

Some 8.8 million are on Pandemic Unemployment Assistance, which expanded benefits to freelance workers. Another 4.5 million are claiming Pandemic Emergency Unemployment Compensation after state benefits ran out. Both those programs, and other benefits, will expire at the end of this month unless Congress does something.

The deadline looms as new COVID-19 cases rise, posing a risk to the economy's recovery.

"We’re talking about a human tragedy here, something that would put a smear on the face of the United States," said Danielle DiMartino Booth, CEO of Quill Intelligence and former advisor at the Federal Reserve Bank of Dallas.

There are currently three relief bills on the table. The latest one, a $908 billion package, seems the most likely to pass and would extend unemployment. But time is ticking.