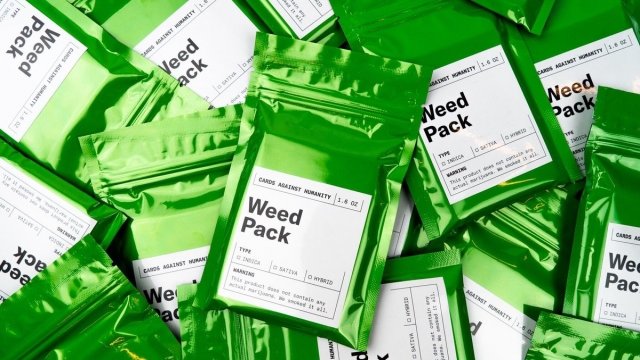 By Casey Mendoza
August 3, 2017
As of Thursday, the company had donated over $80,000 to marijuana legalization efforts in Illinois.
SHOW TRANSCRIPT

Cards Against Humanity, the "party game for horrible people," wants to legalize marijuana in Illinois.

As of Thursday, Cards Against Humanity had donated more than $80,000 to the Marijuana Policy Project using proceeds from the company's special $5 "Weed Pack." The company, which is based in Chicago, says it will continue raising money for the organization until legislation is passed.

Back in March, two bills regarding marijuana legalization were introduced in both the Illinois House and Senate. The bills — which would allow people over the age of 21 to possess, grow and buy marijuana — will be voted on in January.

Illinois already decriminalized small amounts of marijuana, but Gov. Bruce Rauner doesn't really want to go further than that. A day after the legalization bills were introduced, he said during an interview, "I'm not a believer that legalizing more drugs will help our society."

Meanwhile, the Marijuana Policy Project estimates state-regulated marijuana sales could annually bring in between $349 million and $699 million of revenue. 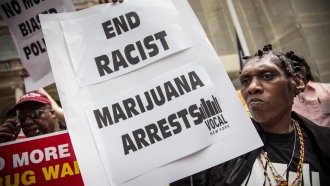 Cards Against Humanity's support for legalization in Illinois comes one month after debuting Cards Against Humanity For Her, which pokes fun at how products marketed for women can cost more than products for men. Proceeds from that set were donated to Emily's List — an organization that helps more women get elected to office.

The company has held other tongue-in-cheek and politically-motivated campaigns, including "America Votes With Cards Against Humanity," which let consumers purchase either a Hillary Clinton deck or a Donald Trump deck. At the end of the campaign, the company said it would tally up the sales — or "votes" — for each deck, and no matter who won, just donate all the money to Clinton. That promotion raised over $550,000 for her campaign.

While announcing the company's campaign, one of the Cards Against Humanity head writers said, "We're proud to support the Marijuana Policy Project because our current marijuana laws are failing." She added, "Also, I could really go for a bean chalupa."