Carbon Dioxide Levels In The Atmosphere Hit Record High In 2018 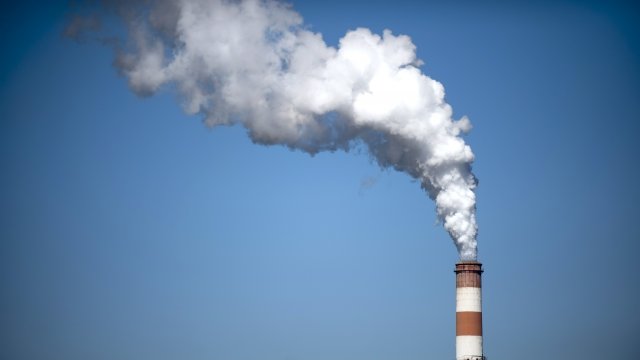 SMS
Carbon Dioxide Levels In The Atmosphere Hit Record High In 2018
By Ethan Weston
By Ethan Weston
June 8, 2018
Carbon dioxide is the main driver of global warming in the atmosphere.
SHOW TRANSCRIPT

Carbon dioxide — the main driver of global warming in the atmosphere — hit another record high this year.

Scientists at the National Oceanic and Atmospheric Administration and the Scripps Institution of Oceanography say the amount of CO2 in the atmosphere passed an average of 410 parts per million in April and May — when concentration of the gas is at its peak — at NOAA's Mauna Loa Atmospheric Baseline Observatory in Hawaii.

Parts per million is a way of measuring how much carbon dioxide is in the atmosphere. In this case it means that out of 1 million particles in the air, over 410 of them were CO2. According to Yale Environment 360, pre-industrial revolution levels were around 280 ppm.

CO2 traps heat in Earth's atmosphere, contributing to the "greenhouse effect" and causing average global temperatures to go up.

According to NOAA, the concentration of CO2 has been increasing every year, but the speed at which it's increasing is also accelerating.