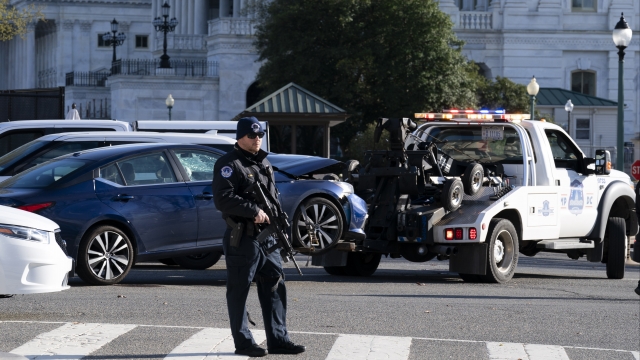 Friday's deadly attack at the U.S. Capitol could push back lawmakers' plans to return the grounds to normal security measures months after the January 6 riot.

Capitol police officer William "Billy" Evans, was killed Friday when a man rammed his car into a barrier outside the Senate side of the building. The driver was shot and killed after he got out of his car and lunged at police with a knife.

Capitol police had removed a temporary fence around the area less than two weeks ago. It was put in place after the January violence lead to the deaths of five people, including another Capitol officer: Brian Sicknick.

A second ring of fencing still houses the inner perimeter of the Capitol, though some razor wire has been removed.

Lawmakers had wanted that change.

"It's really discouraging to see the razor wire, the fencing, the image that it sends to the world. So if that threat no longer exists, I would hope that we can return to normal," Rep. Scott DesJarlais said.

But Friday's incident changes the debate.

"I had thought once the barriers were removed that we were moving back to some sense of normalcy," Rep. Ro Khanna said. "But this just shows the level of risk that there still is."