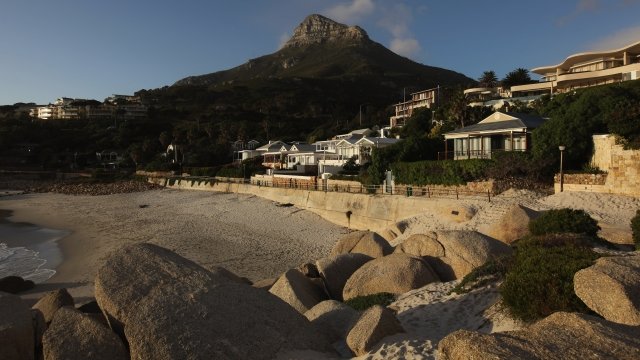 SMS
Cape Town Again Pushes Back The Day It Thinks It'll Run Out Of Water
By Katherine Biek
By Katherine Biek
February 21, 2018
The new "Day Zero" for Cape Town, South Africa, is July 9, according to the city government's official tracker.
SHOW TRANSCRIPT

Officials in Cape Town, South Africa, once again pushed back the date when the city is expected to run out of water.

According to the government's official tracker, the new "Day Zero" is July 9.

Less than a month ago, South Africa's second-largest city predicted it'd run out of water in April. But rain and water-saving techniques have delayed "Day Zero" several times.

And a government official told Business Insider the city decided to transfer a large amount of water from a different part of South Africa into its dam, further pushing back the estimate.

Cape Town residents are currently allowed just 50 liters of water a day, which is a little more than 13 gallons.

If Day Zero does come, the city plans to turn off taps to residential areas, and residents would be forced to go to checkpoints to get water.