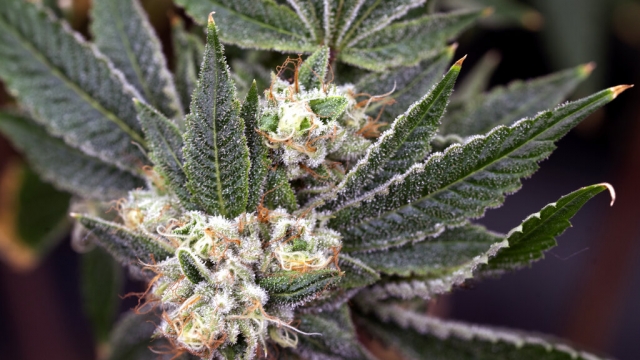 Supporters say there are serious public health impacts of forcing dispensaries to deal only in cash.

Tucked away in the new $3 trillion House coronavirus stimulus package, there's a provision that might surprise you: cannabis banking reform.

Attached to the House Heroes Act is another bill known as the SAFE Banking Act, which would allow state-legal cannabis businesses to access the banking system.

Right now, most banks won’t work with cannabis businesses because pot is still considered illegal at the federal level.

That means marijuana businesses can't get loans, open a business bank account or even use credit cards, forcing them to operate on a cash-only basis — something advocates of the bill say is especially problematic amid the coronavirus pandemic.

Lawmakers who support the bill argue marijuana businesses, which have been deemed essential during coronavirus lockdowns in most states, are at a financial disadvantage compared to other businesses that can use traditional banks to get loans or credit.

"These businesses and their estimated 243,000 employees deserve equity with other legal businesses," Colorado Democratic Rep. Ed Perlmutter, one of the bill's cosponsors, said last week as he urged his colleagues on the House floor to support the bill.

The SAFE Banking Act already passed in the House with bipartisan support last fall, but has stalled in the GOP-controlled Senate.

The House passed a major marijuana banking bill, but will it pass in the Senate?

Senate Republicans leaders seized on the policy, citing it as one example of House Democrats' progressive "wish list" that they say is dead on arrival in the upper chamber.

"The word 'cannabis' appears in the bill 68 times," Senate Majority Leader Mitch McConnell said during remarks on the Senate floor. "More times than the word 'job' and four times as many as the word 'hire.'"

Sen. Merkley, who cosponsored the Senate version of the SAFE Banking Act, says the bill does have some Republican support in the Senate, but its success this time around will largely depend on the House.

"It's all going to depend on how hard the House fights for it in the final negotiations. Without the House really standing firm, we will lose because the Republican leadership in the Senate has made it an issue," he said.

Most banks won't work with legal weed businesses as long as marijuana is still federally illegal. Congress could soon fix that.