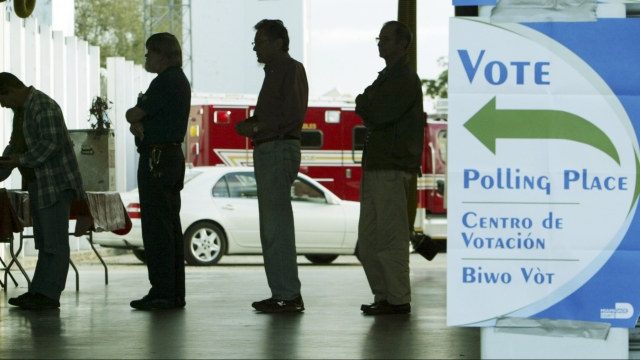 Hours before the biggest night of the Democratic primary, Sen. Amy Klobuchar dropped out of the presidential race.

Instead, Klobuchar joined Joe Biden in Dallas on Monday night to endorse him for president. Pete Buttigieg, a day after ending his own campaign, also went to Dallas to endorse the former vice president.

This could be one of the biggest events as presidential candidates fan themselves out across the country hours before Super Tuesday, where over 1,300 delegates across 14 states are up for grabs.

Biden, coming off his big win in South Carolina, spent Monday in Houston before heading to his Dallas event. He'll spend Tuesday in Los Angeles with his supporters.

Sen. Bernie Sanders, the current front-runner, hosted a rally in Salt Lake City before flying to St. Paul, Minnesota, to host another gathering. He will then appear in his home state of Vermont on Tuesday.

Rep. Tulsi Gabbard will also be in Detroit Tuesday night. Gabbard, who has not qualified for several debates leading up to the primary's biggest night, will also speak in Austin, Texas, on Monday evening.

Super Tuesday will carry even more weight for former New York Mayor Michael Bloomberg, who will officially appear on ballots for the first time. While the Bloomberg campaign has yet to provide his Monday schedule, he will campaign in Florida on Tuesday.

Multiple polls show Sanders in the lead in both California and Texas, where the most delegates are up for grabs. Biden currently is in the lead in the swing state of North Carolina and Florida.