Canada Hits US With $12.6 Billion In Retaliatory Tariffs 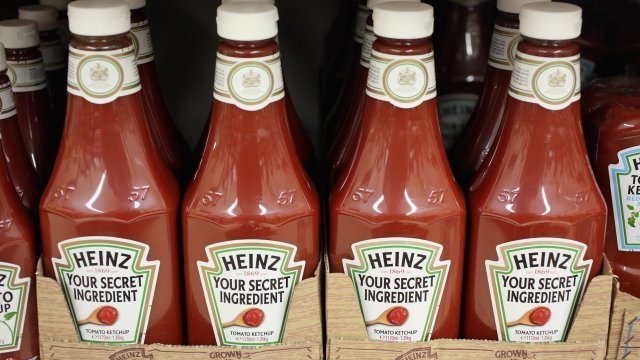 Canada slapped the U.S. with tariffs on over $12 billion worth of goods Sunday as the country celebrates Canada Day. It's in retaliation for U.S. tariffs placed on Canadian steel and aluminum.

Canada imposed taxes of up to 25 percent on U.S. goods including whiskey, yogurt and ketchup.

A Canadian news outlet named Heinz ketchup as one of the top items to avoid in case of a U.S.-Canada trade war.

After Heinz shut down a factory in Ontario in 2014, French's — known in the U.S. for its mustard — became an alternative ketchup-maker in Canada.

In a symbolic move, Canadian Prime Minister Justin Trudeau is visiting the former Heinz plant on Sunday to meet with working-class employees.

Canada's foreign minister called the tariffs "regrettable" but said they’re "a perfectly reciprocal action. It is a dollar for dollar response."

Mexico employed the same tactic early last month when, among other items, it taxed whiskey. Senate Majority Leader Mitch McConnell's home state of Kentucky is a major producer of whiskey.