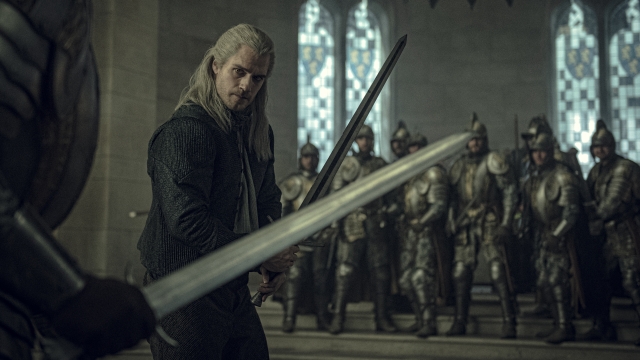 "The Witcher" is based on a series of popular books and video games, but are fantasy fans actually excited for it?

"I thought you'd have fangs or horns or something."

"I had them filed down."

Based on a series of popular books and video games, "The Witcher" is Netflix's newest big-budget fantasy action series.

Critics and fans are comparing the title to HBO's "Game of Thrones," which ended earlier this year as one of the most decorated and expensive TV shows ever made.

Now that "Game of Thrones" is over, "The Witcher" looks like it's trying to fill in the gap. But are viewers actually excited for the fantasy newcomer?

According to Parrot Analytics' research from the past month, U.S. demand for "The Witcher" is more than 10 times the demand for the average TV series. In the past 30 days, demand for the Netflix title also increased by more than 30% — ranking it far above other series in the action fantasy genre.

Those numbers should come as no surprise to people familiar with the title. Ever since it was originally published in Poland in the '80s, the series has gained a cult following in parts of Europe. As of this summer, the video game franchise, which started in 2007, has sold over 40 million copies internationally.