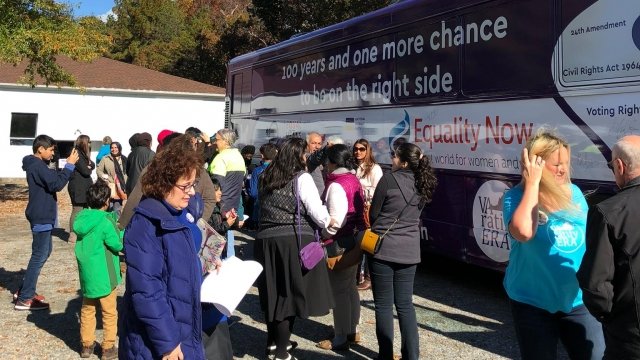 By Melissa Prax
November 13, 2018
The Equal Rights Amendment has been around for decades, but it's recently gained new ground.
SHOW TRANSCRIPT

Right now, the U.S. Constitution doesn't explicitly offer gender-based discrimination protections. That stands in contrast with the majority of constitutions from around the globe that do set some sort of legal standard for gender equality.

But that could change with an amendment women's rights advocates and lawmakers have been trying to pass for decades: the Equal Rights Amendment.

The basis of the Equal Rights Amendment, or the ERA, is essentially this: "Equality of rights under the law shall not be denied or abridged by the United States or by any state on account of sex." 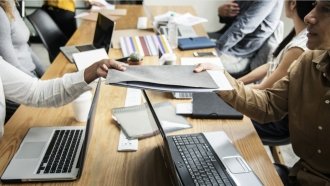 What Happens When Toxic Masculinity Goes Unchecked In The Workplace

In total, 38 states need to ratify the ERA before it can be considered on a federal level. So far, 37 have. Most recently, the amendment gained new ground with Nevada ratifying it in March 2017 and Illinois in May 2018.

Activists are eying a few states that could be No. 38, including Virginia, where a non-partisan grassroots movement-turned-bus tour is working to get the attention of lawmakers and inform residents.

"This is the civil rights issue of our time. This is a human rights issue, and we can even say that this is an economic issue. There is great legal basis that says, you know, equal pay for equal work. Well, when you talk about that, you're really talking about the Equal Rights Amendment."

That's Virginia Delegate Jennifer Carroll Foy. Aside from joining the VAratifyERA's nine-day bus tour, Carroll Foy is a sponsor of the state's resolution.

"In Virginia, we have solidified gender equality in the Virginia Constitution. So you may be successful on a sex discrimination claim in Virginia. However, if it goes up to the Supreme Court, you will more likely than not lose," said Carroll Foy.

The Virginia measure has garnered support from state lawmakers on both sides of the aisle, but there are some potential roadblocks at the national level.

For one, Congress' ratification deadline for the amendment expired over 35 years ago. That was after Congress passed the ERA, leaving it up to the states. The deadline could be renewed as it has in the past, but as one Republican legislator in Nevada said, "I don't believe my constituents sent me to cast symbolic votes with no chance of success."

And some argue formally ratifying the ERA isn't necessary because there have been measures outside of constitutional amendments taken since its introduction to ensure gender equality.

"When [the ERA] didn't pass back in the '70s and '80s, I think that a lot of this was done through legislation, through Title IX, through various laws to try to make up for the fact that it didn't get in there. And so I think because of all this legislation and things like Title IX, because that was done, we have gotten to a different place — like, I've had far more opportunities than my mother had. But we're still not where we should be. And that's why it's important to do this now, because we can make it so that the next generation is even in a better space. Because legislation can be repealed, and we really [need it in] the Constitution," VAratifyERA's campaign coordinator, Kati Hornung, said.

Another reason some lawmakers and conservative-leaning activists are wary of signing on is the possibility that the ERA could, indirectly, make it easier for women to get abortions.

But even if the ERA is ratified in Virginia, it could still take years for the federal government to pass it.