Cameron Gives Corbyn Some Fashion Tips, Courtesy Of His Mom 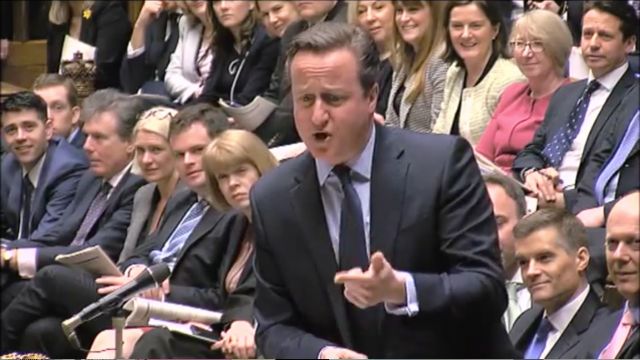 The U.K. Parliament gets pretty rowdy during Prime Minister's Questions. The weekly ritual gives the opposition a chance to vent their spleen at the government.

But it also gives Prime Minister David Cameron a chance to fire back.

Cameron said: "I think I know what my mother would say. I think she'd look across the dispatch box and say, 'Put on a proper suit, do up your tie and sing the national anthem!'"

The most recent verbal dust-up was over an ongoing dispute between Britain's National Health Service and the junior doctors who work for it. Doctors have been striking over an NHS plan which would curb their weekend pay.

And the debate got personal thanks to revelations earlier this month. Cameron's mother signed a petition protesting cuts to children's centers in the prime minister's home constituency of Oxfordshire.

Labour Party leader Jeremy Corbyn's eventual comeback let him take the high road in the debate, but the episode probably won't do much for his stodgy image.